Hardie Park’s Rob Groves has been working with five other parks in the borough as part of the NESTA Rethinking Parks Programme funded by Heritage Lottery Fund and Big Lottery Fund.

Litter picks have been a popular route to engaging the community to take responsibility for their local parks. The uptake has been amazing with all ages getting involved.

Friends of Aveley and Kenningtons Park held an event at the end of May and raised £546. They arranged a Motorcycle Ride from The Old Ship in Aveley to Latchingdon near Chelmsford. BBQ, disco and a band played into the evening with fundraising activities over the course of the day. What a fabulous effort from the Aveley team.

Bonnygate in Ockendon have planned a bounce day in the park subsidising the cost to the community with their NESTA funding. Just £1 per child for all day bounce and soft play. The team are encouraging the community to bring a picnic to the park on Saturday 3rd August between 12pm to 4pm. We really hope the local community embrace the idea and get inspired by the use of their park in such a positive way.

Grays Beach, Lightship Cafe held a birthday event to celebrate two years of opening. Lots of activities were arranged at the end of May to entertain the local community and the volunteers were happy with the turn-out. Tribe by the Thames, forest school activities, bouncy castles, Chess challenge, a radio station in attendance and craft ladies at the park. 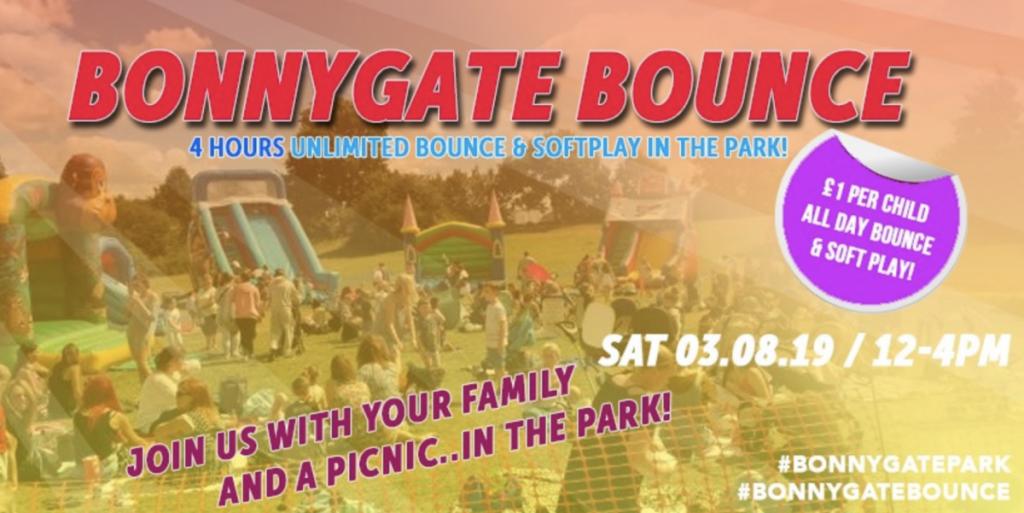 An update on progress in South Ockendon at Bonnygate Park 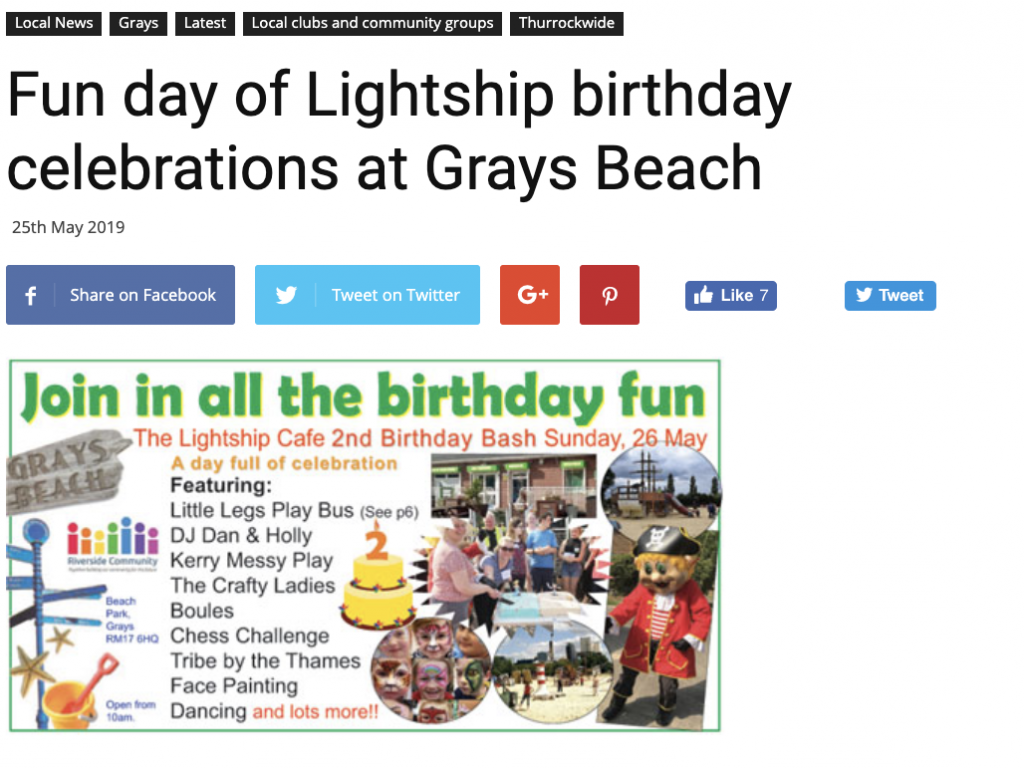 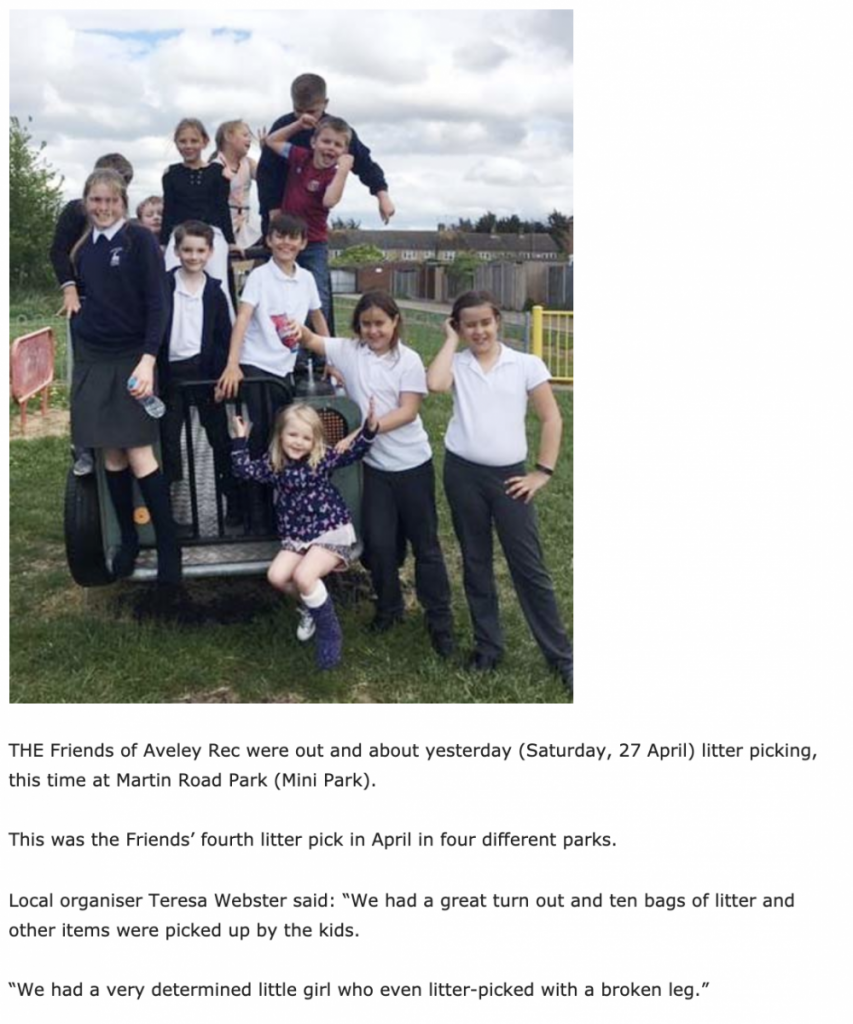 One of ourThurrock parks involved in the Rethinkng Parks project ‘Friends of Gobions Park’ in East Tilbury are hosting a community event on Thursday 18th April. There will be an Easter Egg Hunt, Bouncy castles and Easter crafts. We hope that the community come together to support their efforts. Pop along between 11am and 2pm. Gobions Park, Princess Margaret Rd, East Tilbury, Tilbury RM18 8NT. 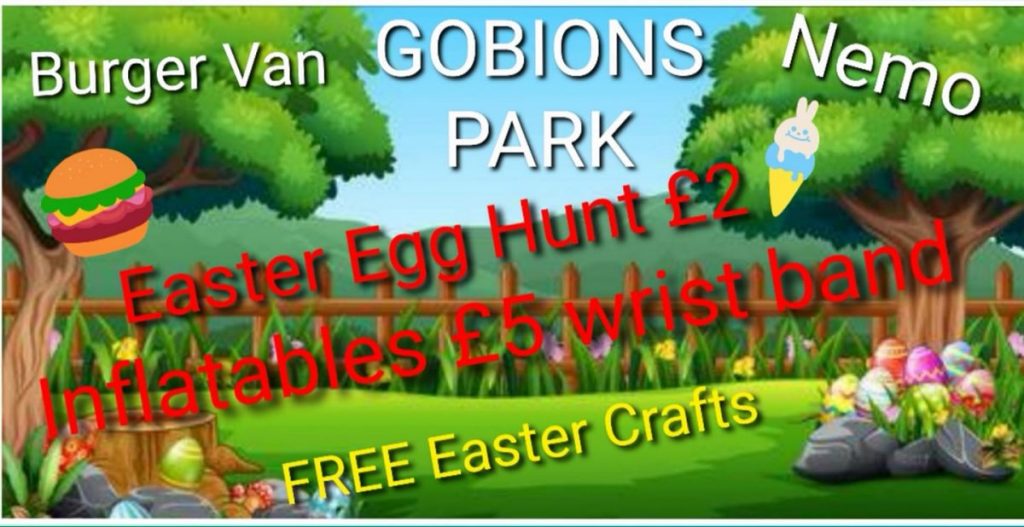 Following a recent meeting of the parks involved in the Rethinkng Parks project run by Rob Groves the groups have decided to spread the idea of stewardship of parks further across the borough. If you have a green space you care about and would like to get involved. Contact Rob Groves on 07803 295374.

Litter picks in the West of Thurrock – April 2019

Friends of Bonnygate Park and Friends of Aveley & Kenningtons Parks have arranged litter picks this month to encourage local residents to get involved with their park projects. The local council have armed the groups with litter picks, gloves and bags to complete the task.

The Thurrock Independent cover the stories:

Scouts join in spring clean up – Friends of Bonnygate Park 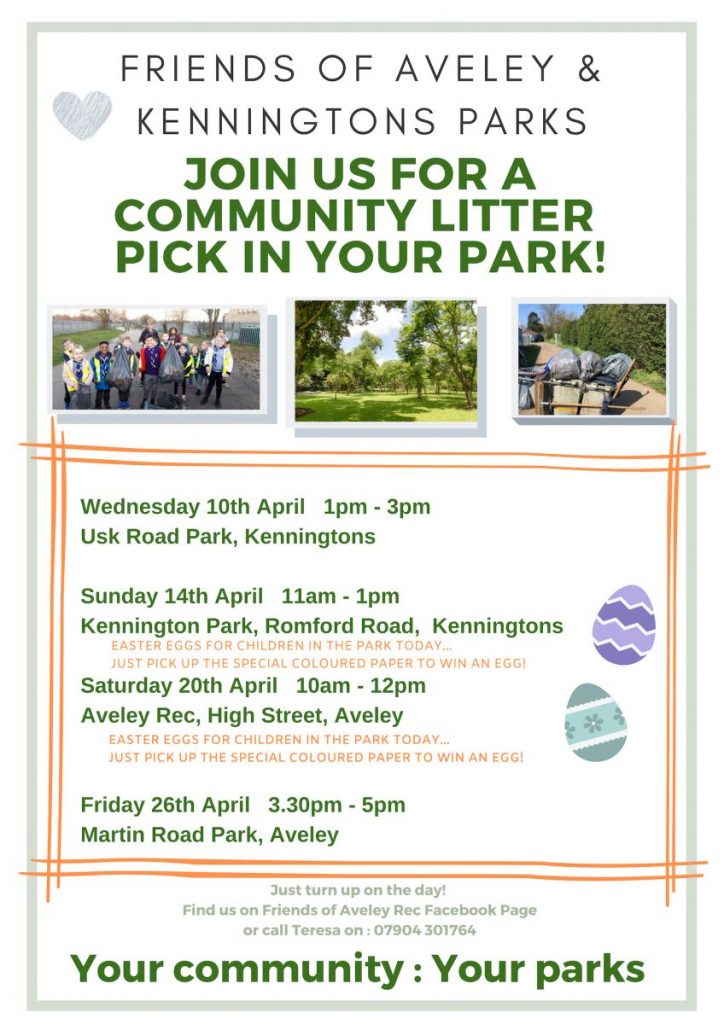 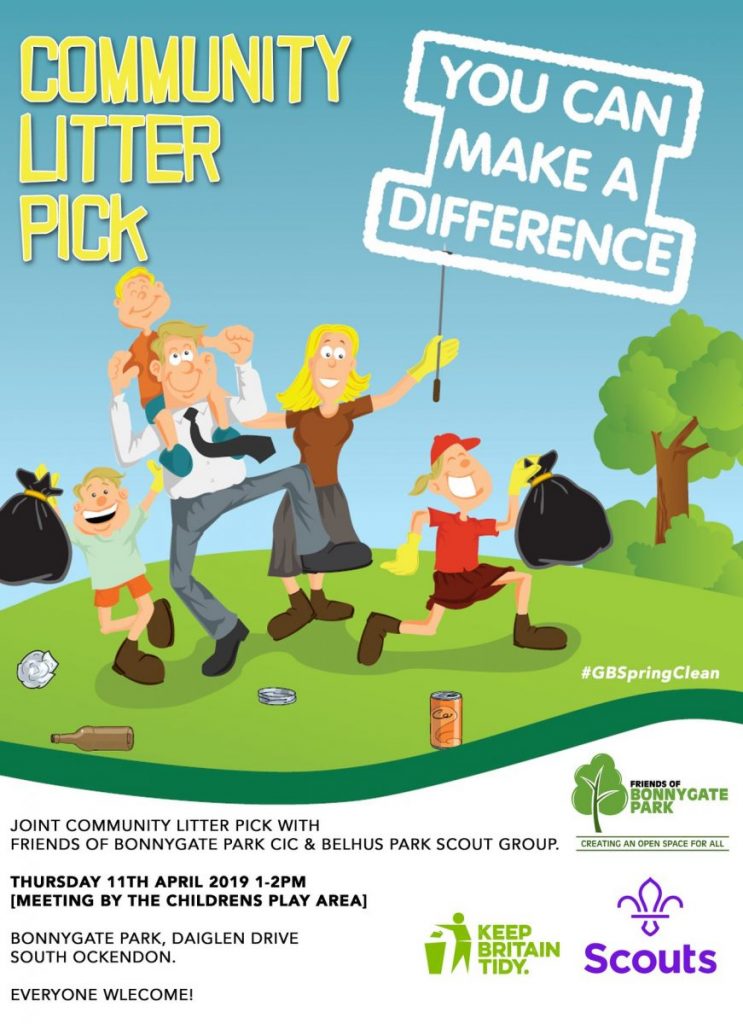 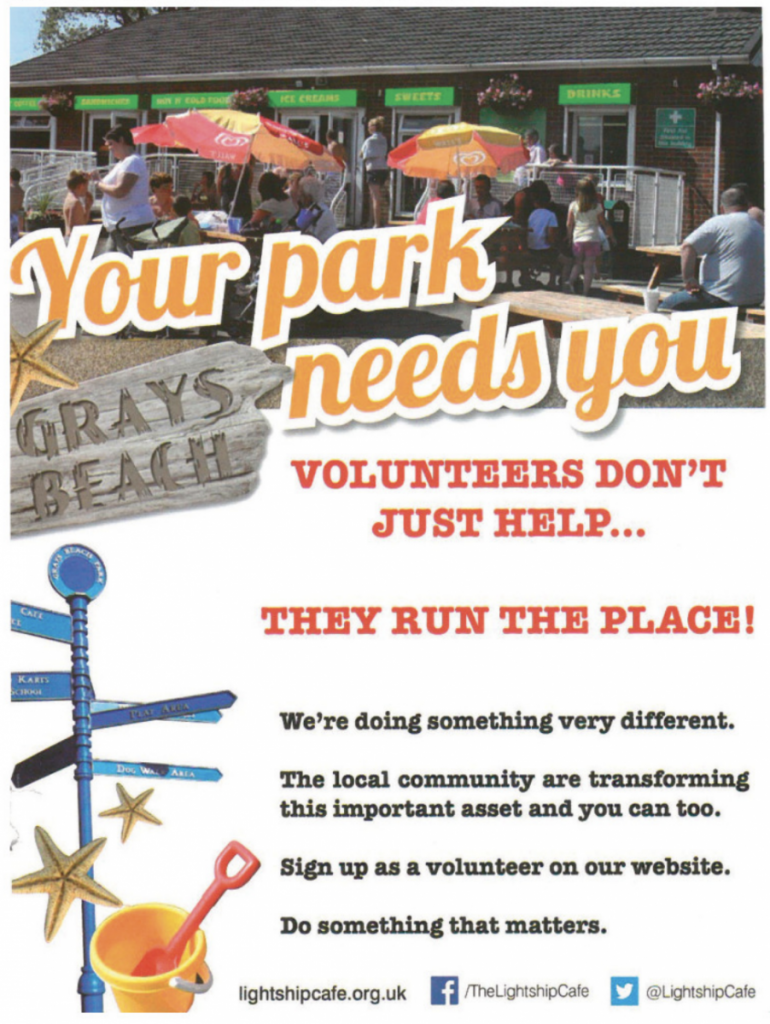 An introduction to the project 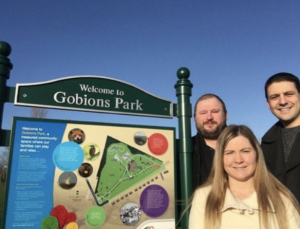 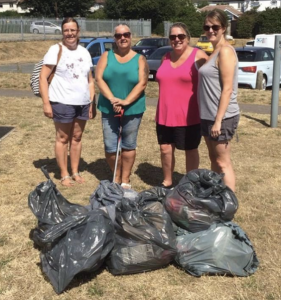 A passionate group of volunteers with visions of creating sustainable community parks in their areas met at Hardie Park in Stanford-le-Hope this week as part of Nesta’s national ‘Rethinking Parks’ Programme funded by The Big Lottery Fund and Heritage Lottery Fund. Hardie Park is leading the Performing Parks project in Thurrock and is working with five other parks that have the potential to create a similar model in their locality. 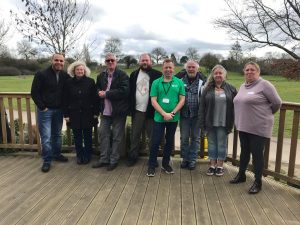 Rob Groves, CEO of Hardie Park said, ‘We have worked with the park groups individually over the last six months but today was a meeting of minds in a room full of volunteers with the energy and drive to inspire those around them to take up the challenge. Empowering a community to improve, manage and maintain their green spaces to secure their future is an exciting concept and one that is achievable when the community comes together. It’s the perfect time to get involved and support the process. The project groups are actively seeking local residents and local business support to help make this happen.’

The five park projects taking on the challenge are Bonnygate Park in South Ockendon, Aveley Rec, Daisy Fields in Tilbury, Gobions Park in East Tilbury and Grays Beach Riverside Park. If these areas are nearby and you would like to get involved please contact Rob Groves on 07803 295374 or email rob@friendsofhardiepark.co.uk  As the project moves forward further updates will be posted on the Hardie Park website at www.friendsofhardiepark.co.uk/performing_parks

Hardie Park has been recognised as a successful park that demonstrates excellent potential for changing the way that a public space is used and managed. Rob Groves is leading the Performing Parks project in Thurrock and is working with five other parks that have the potential to create a similar model in their area. A package of learning and support will be created over a two year period in order to spread the approach and empower local communities with the management 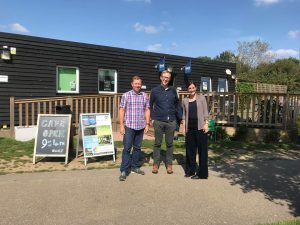 skills to ensure sustainability. This is an innovative project, part of NESTA’s national ‘Rethinking Parks’ Programme funded by The Big Lottery Fund and Heritage Lottery Fund.

Exciting times ahead for Thurrock communities. The park projects we are working with are Bonnygate in South Ockendon, Aveley Rec, Daisy Fields in Tilbury, Gobions in East Tilbury and Grays Beach. If these are areas close to you and you would like to get involved with the project then please contact Rob Groves on 07803 295374. (Rob Groves pictured with Chris and Tiffany from NESTA)